The best part of Halloween for me has always been seeing all the little kids dressed up and handing out candy. I love that part! We’ve been married for 5 years now and each year prior to having the boys we’d set up a container of candy and eagerly await the neighbourhood kids with their costumes. Oh, and we’d sometimes dress up our dog Luther too! Year after year we’d see the little kiddies come and go – waiting for the day that we’d be those parents standing at the end of the driveway waving politely as neighbours fill our kids’ pillowcases with candy. Now, it’s our turn!

Last year the boys were too little to go out trick-or-treating, so we put them in their highchairs and they watched as all the kids came to the door. Of course, they had no idea what was happening! This year we decided to go out as a family, and that means EVERYONE gets dressed up! All of my Halloween dreams are coming true now because after weeks of thinking and searching, I have the perfect Halloween costume for us, and we were able to get everything we needed at Walmart.

Ok, are you ready for this? 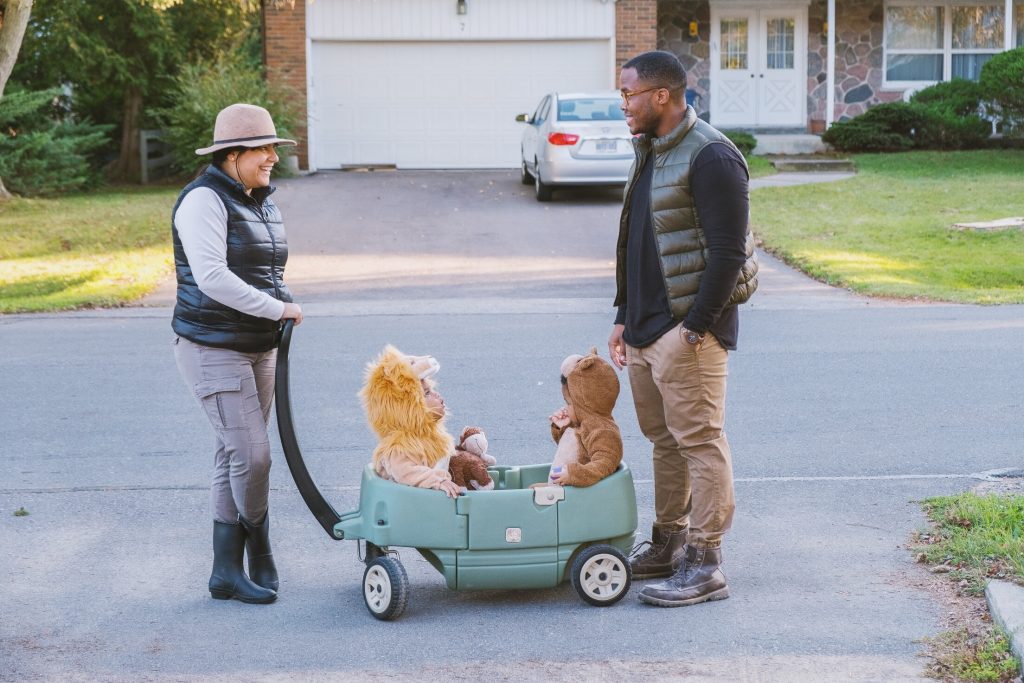 Here we are. A lion, a bear, and the zookeepers. Feels an awful lot like real life, you know?

So how did we get to this as our costume? Well the boys are obsessed with roaring like lions and growling like bears (they sound pretty much the same, but they seem to know the difference…), so when I saw the very last lion costume at Walmart, I immediately picked it up, knowing it was perfect. A few minutes later, I spotted the bear and crossed my fingers it was the right size – and it was! 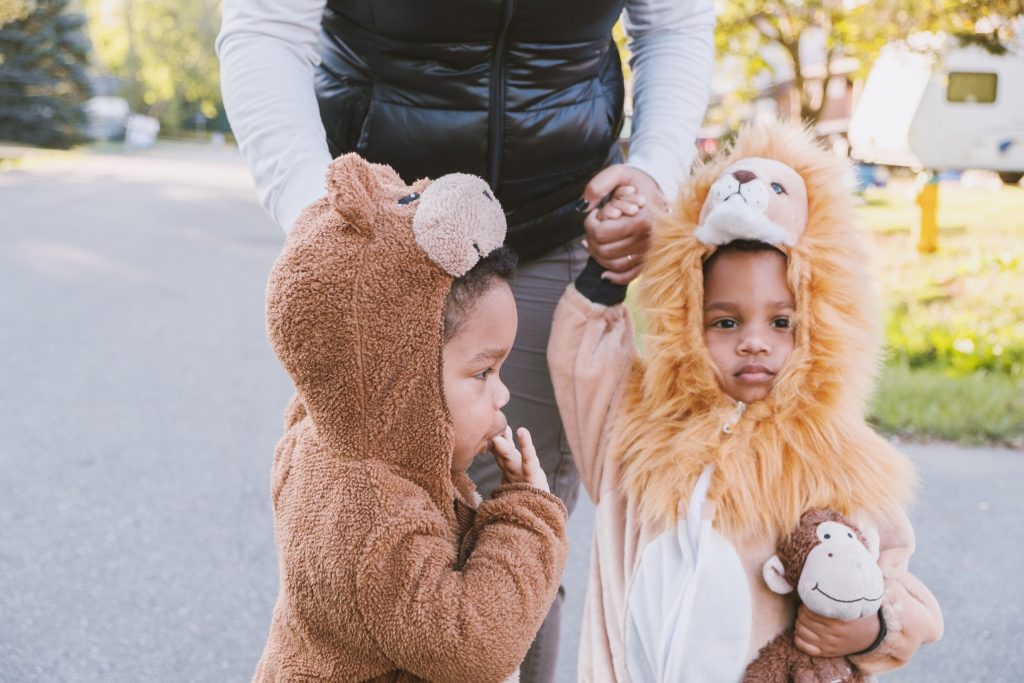 I mean, seriously… how cute are these? The best part was that the lion costume was only $24 and the bear was $19, so I don’t have to feel like I’m breaking the bank, and the kids liked wearing the costumes so much (because of course, I put these on them right away)

that they want to wear them all the time. They just sit there and growl/roar at one another. Worth every penny.

Now came the big dilemma: what to do about our costumes, because adult-sized zookeeper costumes would be hard to come by. Well, I headed to the men’s section and picked up these joggers (they’re under $22 and amazingly soft) and this vest for Marquis. He already had the boots (similar to these), which were also from Walmart, and voila! A zookeeper! 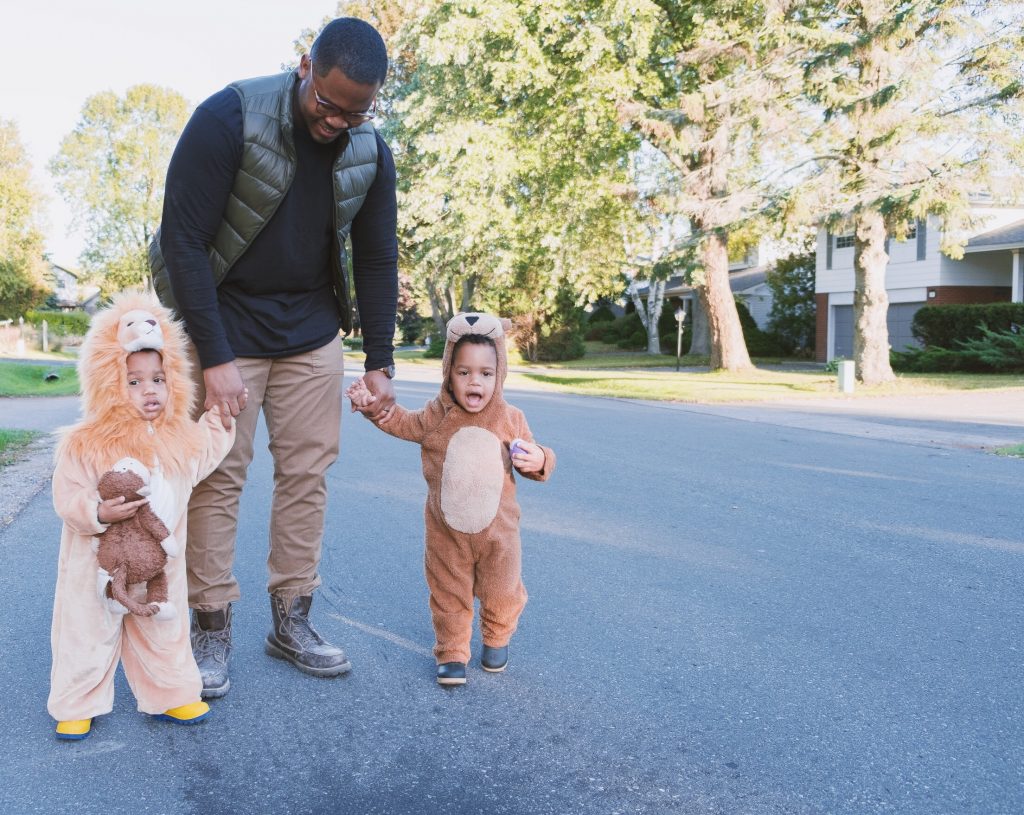 As for me, I got my rain boots from Walmart a few years ago and got myself a vest as well, plopped a hat I already owned on and zookeeper #2! 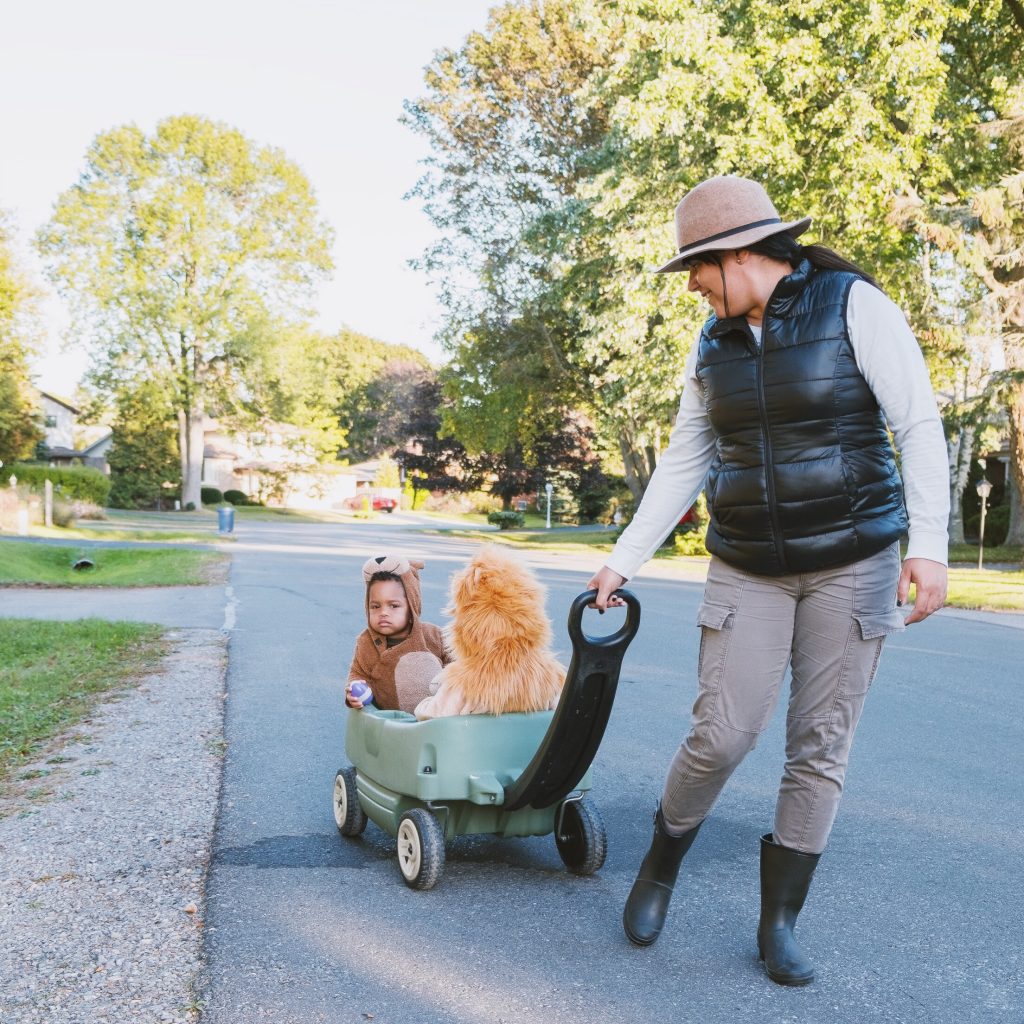 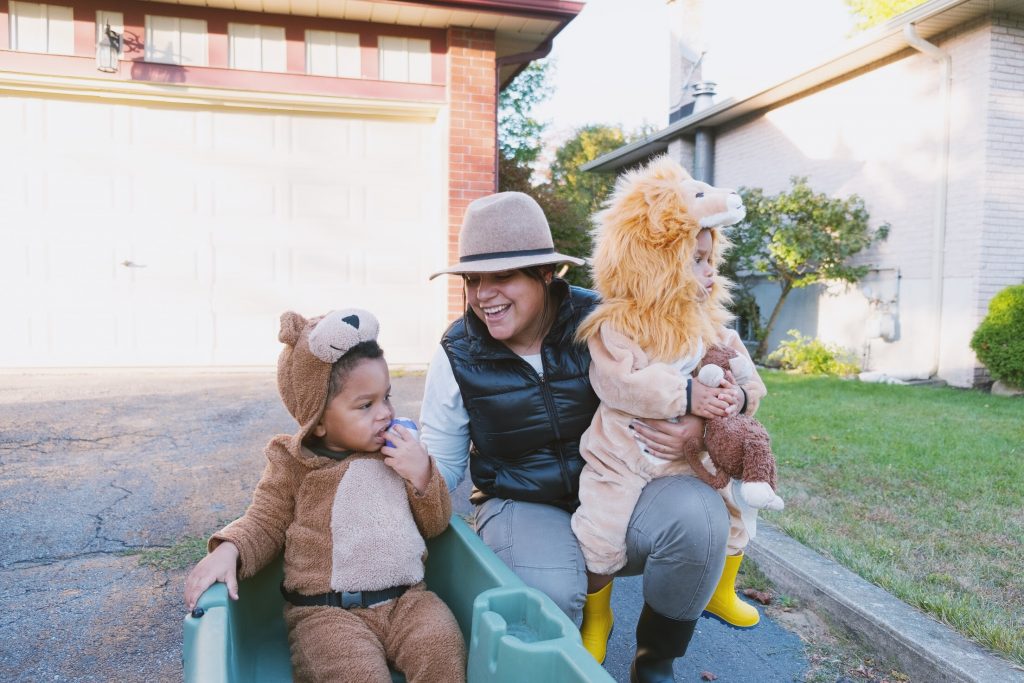 On top of looking the part, we can stay toasty warm as we walk around the neighbourhood with the kids, who will be more than warm in their cozy costumes.

I love that we get to be dressed up as a family, which I was able to get creative with this, and Walmart made it easy enough for me to get everything in one place because convenience is key! I have a feeling I now have a favourite thing about Halloween!! 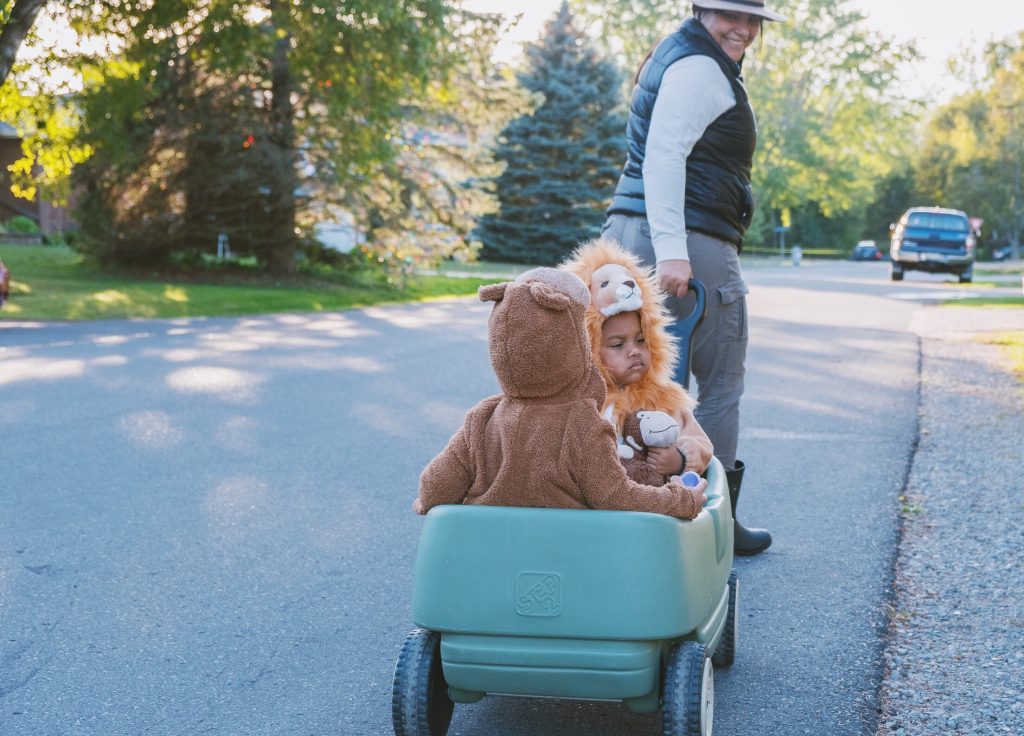 This post is sponsored by Walmart Canada as part of the Walmart Halloween program. In
exchange for this post, we have received perks in the form of products and/or compensation. All opinions on this blog are our own.

The Ultimate List of Stores With Double Shopping Carts